Handelsblatt Crime: Der Fall Wirecard
A Follow Up – Anything improving since the company collapsed thanks to what appears massive fraud by the management and looking away by everyone else?

Stepping down and stepping up: Leading figures in Germany’s biggest financial fraud scandal have since had to take their leave: The head of BaFin and his second-in-command, the heads of the supervisory bodies APAS and DPR, a banker advising detained ex-CEO Markus Braun and an analyst aggressively pushing Wirecard stock and now, the head of EY Germany.

Meanwhile, the parliamentary fact-finding committee is continuing its work (Fabio De Masi, Danyal Bayaz, Florian Toncar) in exposing the web of deceit and ignoring mounting evidence against Wirecard: A key witness turns out to be a young clerk at Germany’s Central Bank (a then Wirecard board member: “the little mouse”) who in her first job and on just seven pages summarized, analyzed and questioned Wirecard’s busines model and accounting practices following revealing articles in the FT by Dan McCrum and short seller Fraser Perring in 2016.

Those seven pages apparently got lost in the supervisory haze that characterizes the lenient handling of the case.

To learn more about systemic failure and the laissez-fair attitude towards essential checks and balances when it comes to leading corporates such as ex-Dax-listed Wirecard AG, check out our award-winning 12-part podcast series still available on Podimo and Handelsblatt! 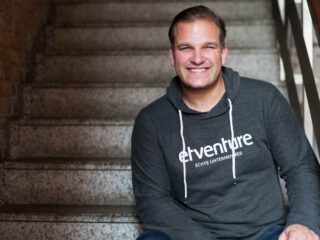 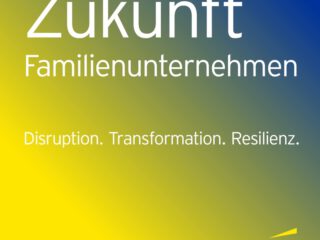 Next Post (n) EY and WHU: Neuer Podcast „Zukunft Familienunternehmen“
We use cookies on our website to give you the most relevant experience by remembering your preferences and repeat visits. By clicking “Accept All”, you consent to the use of ALL the cookies. However, you may visit "Cookie Settings" to provide a controlled consent.
Cookie SettingsAccept All
Manage consent

This website uses cookies to improve your experience while you navigate through the website. Out of these, the cookies that are categorized as necessary are stored on your browser as they are essential for the working of basic functionalities of the website. We also use third-party cookies that help us analyze and understand how you use this website. These cookies will be stored in your browser only with your consent. You also have the option to opt-out of these cookies. But opting out of some of these cookies may affect your browsing experience.
Necessary immer aktiv
Necessary cookies are absolutely essential for the website to function properly. These cookies ensure basic functionalities and security features of the website, anonymously.
Functional
Functional cookies help to perform certain functionalities like sharing the content of the website on social media platforms, collect feedbacks, and other third-party features.
Performance
Performance cookies are used to understand and analyze the key performance indexes of the website which helps in delivering a better user experience for the visitors.
Analytics
Analytical cookies are used to understand how visitors interact with the website. These cookies help provide information on metrics the number of visitors, bounce rate, traffic source, etc.
Advertisement
Advertisement cookies are used to provide visitors with relevant ads and marketing campaigns. These cookies track visitors across websites and collect information to provide customized ads.
Others
Other uncategorized cookies are those that are being analyzed and have not been classified into a category as yet.
SPEICHERN & AKZEPTIEREN
0:00
0:00